Today is exploring Denver day. We got the shuttle from our hotel to downtown, but en-route had to stop at the railway crossing as a train was coming… A very slow and very very very very long train! So long it took around 10mins to pass us!

We went down to 13th Ave and found a cool cafe called City oh City, so good that there was a waiting time for tables, so we just hung out with a drink before heading off to the most amazing record shop I’ve seen in a long while called Wax Trax. It turns out lots if things are closed in Mondays, so we headed to 16th Street which was supposed to be the main ‘high street’, wasn’t very interesting. Possibly because we have done so many amazing things on this trip that this really didnt do much for us. The best thing about it was free pianos along the street for people to play and chess boards set up. There are also a lot of homeless people in Denver, more than I’ve seen in a city before I think, even London seems better off there, maybe because its bigger I don’t know. 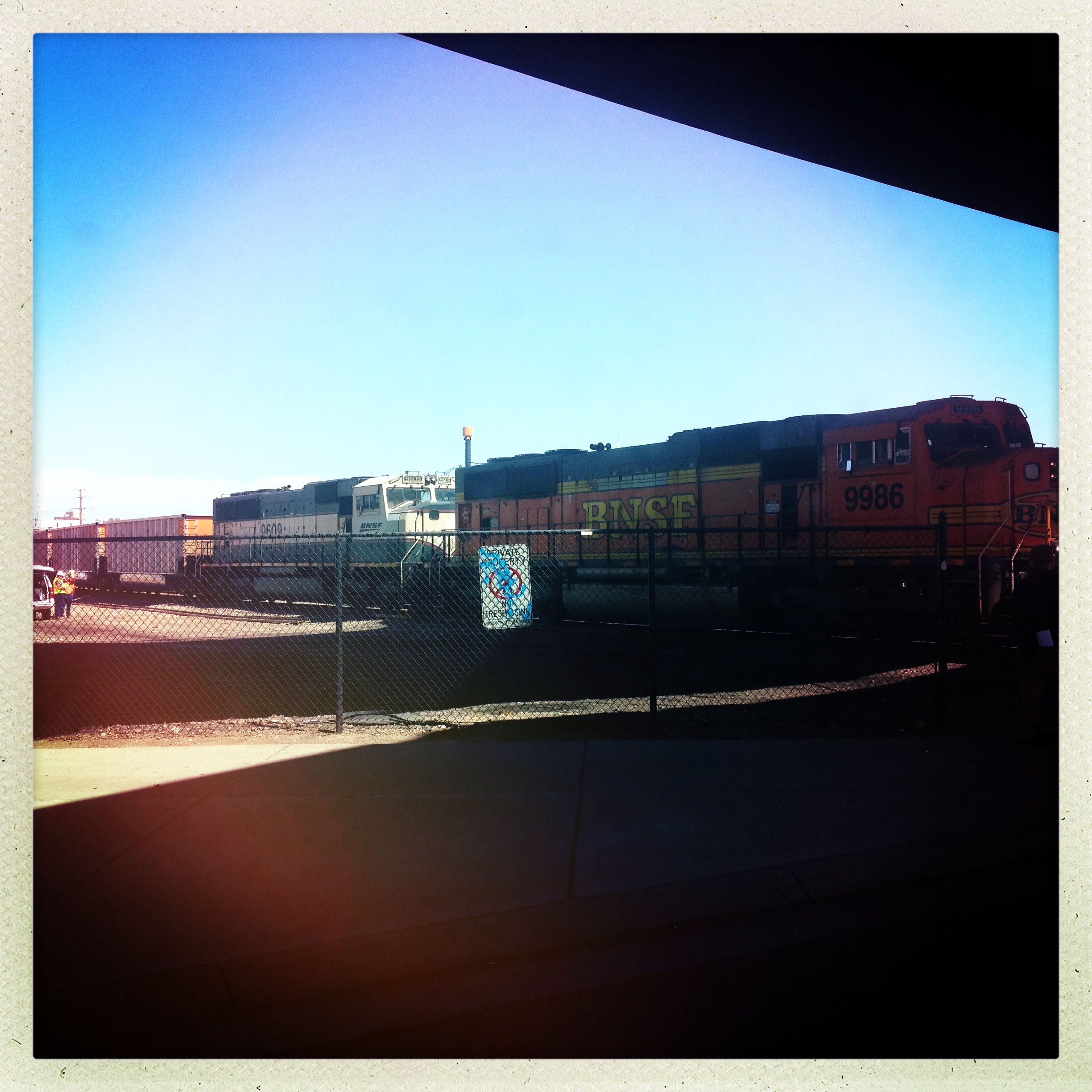 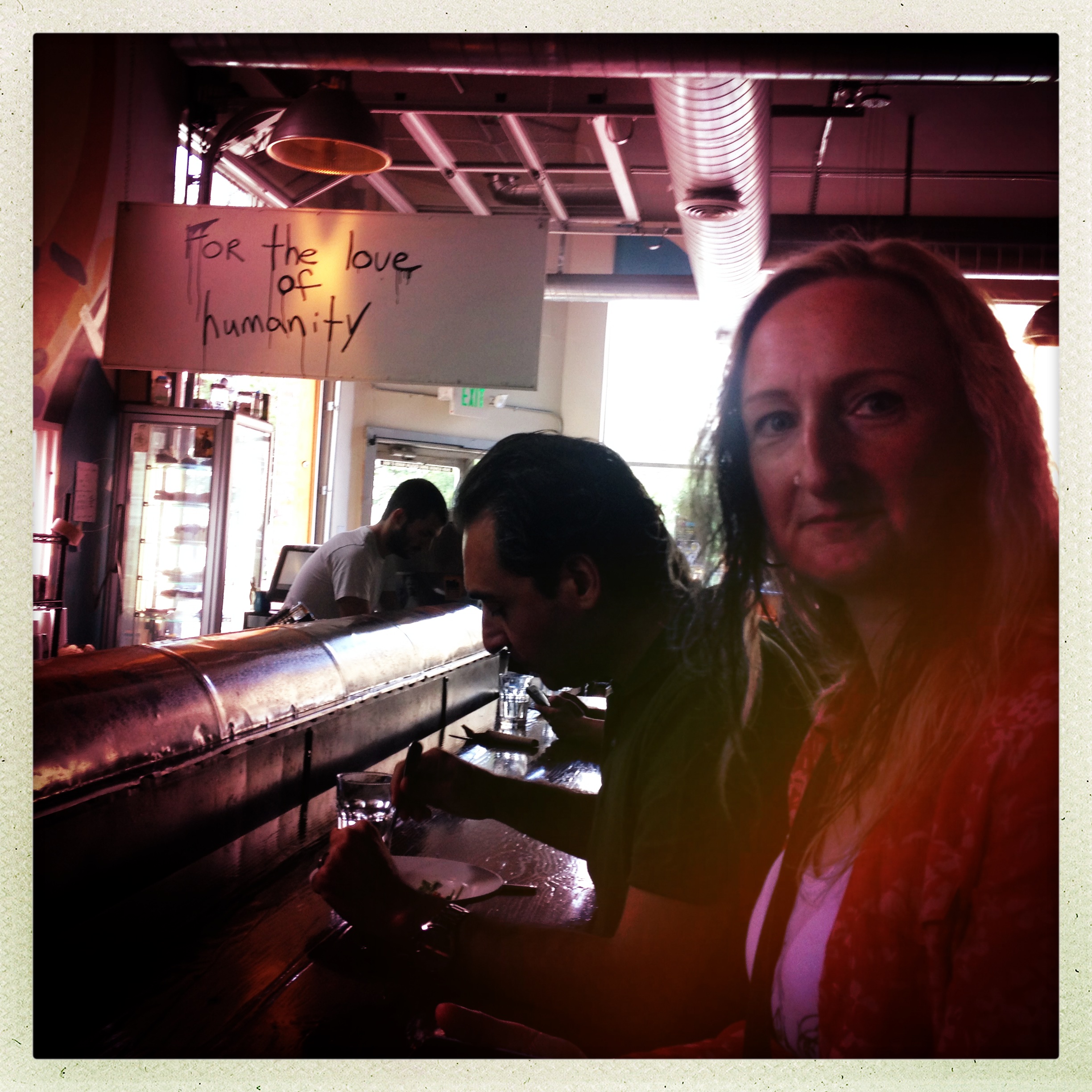 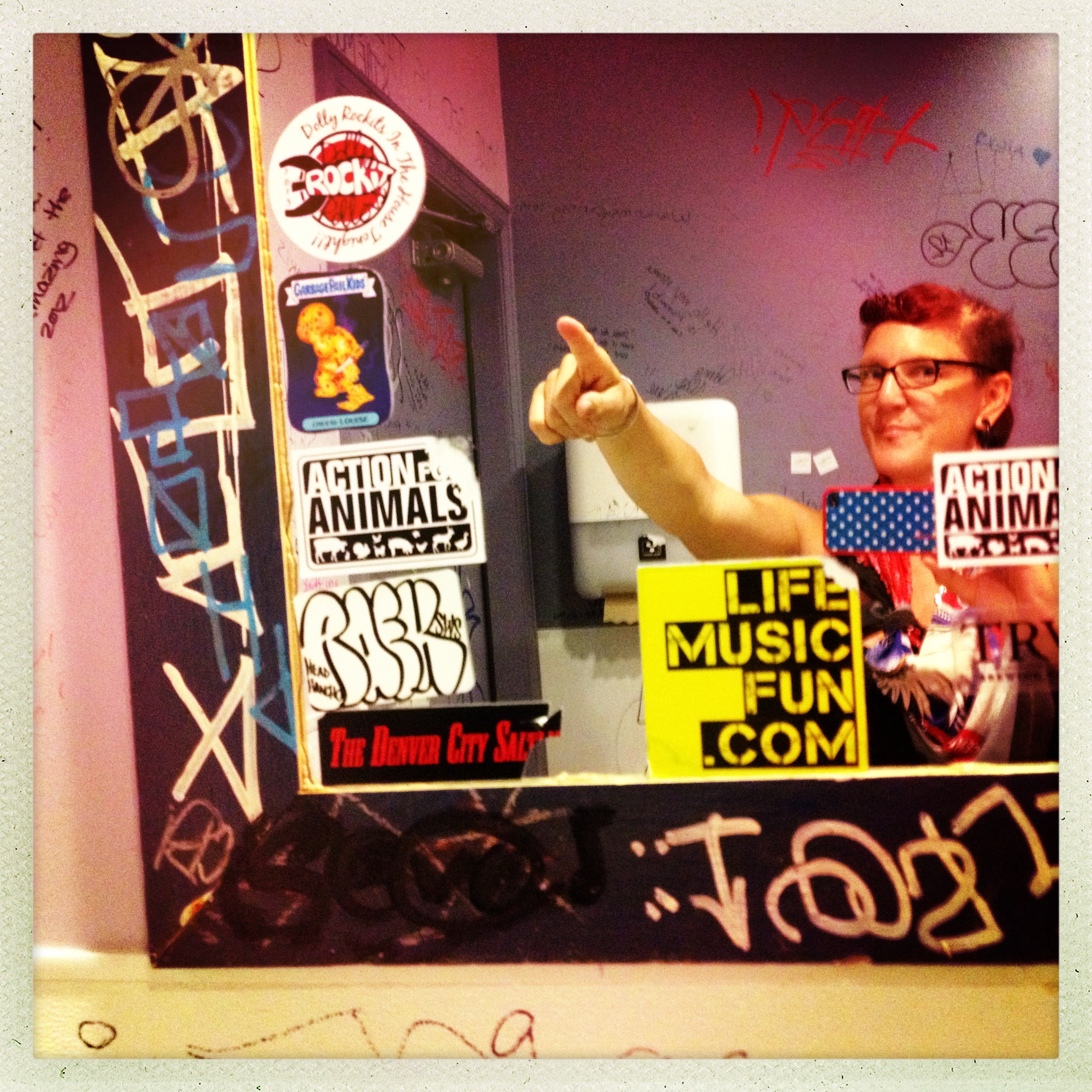 Stuck up our Dolly sticker

We found a cool local art shop where s bought a cute owl picture on wood by a local artist. I like collecting art from along my travels.

After a yummy crepe we retreated to the hotel for snoozing. We have had such an amazing trip and now we are in chill mode. Denver Derby Dolls did the same thing as Chicago and ended up moving their practice to tomorrow, meaning no roller derby in Denver for us, but I think that is probably for the best as we are both rather exhausted… Plus my arm is still achy from the fall.

So instead we had dinner up on the top floor of our hotel looking out over the city skyline, watching the lights in the Ferris wheel going psychedelic and the lightening filling the sky with light every few minutes. 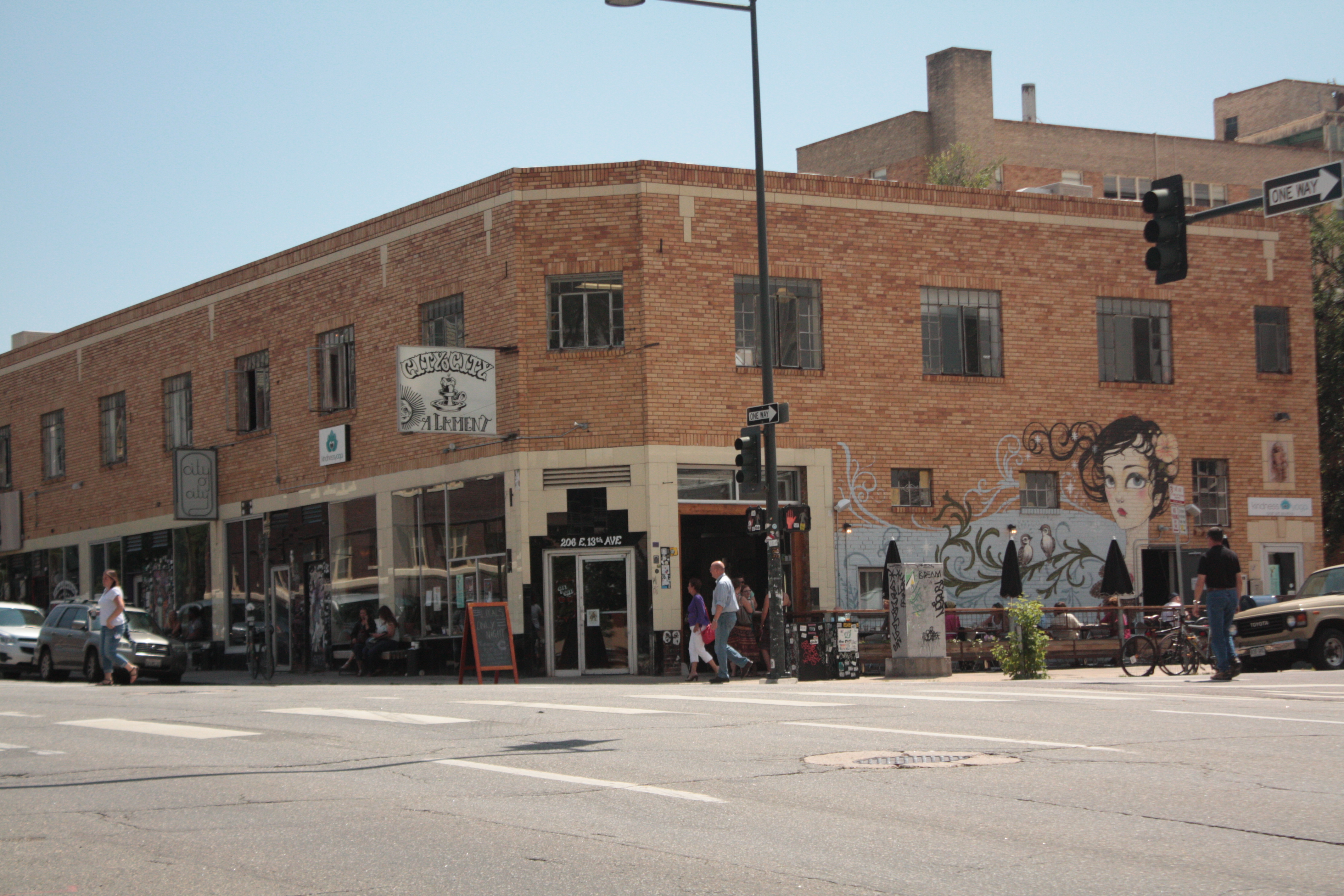 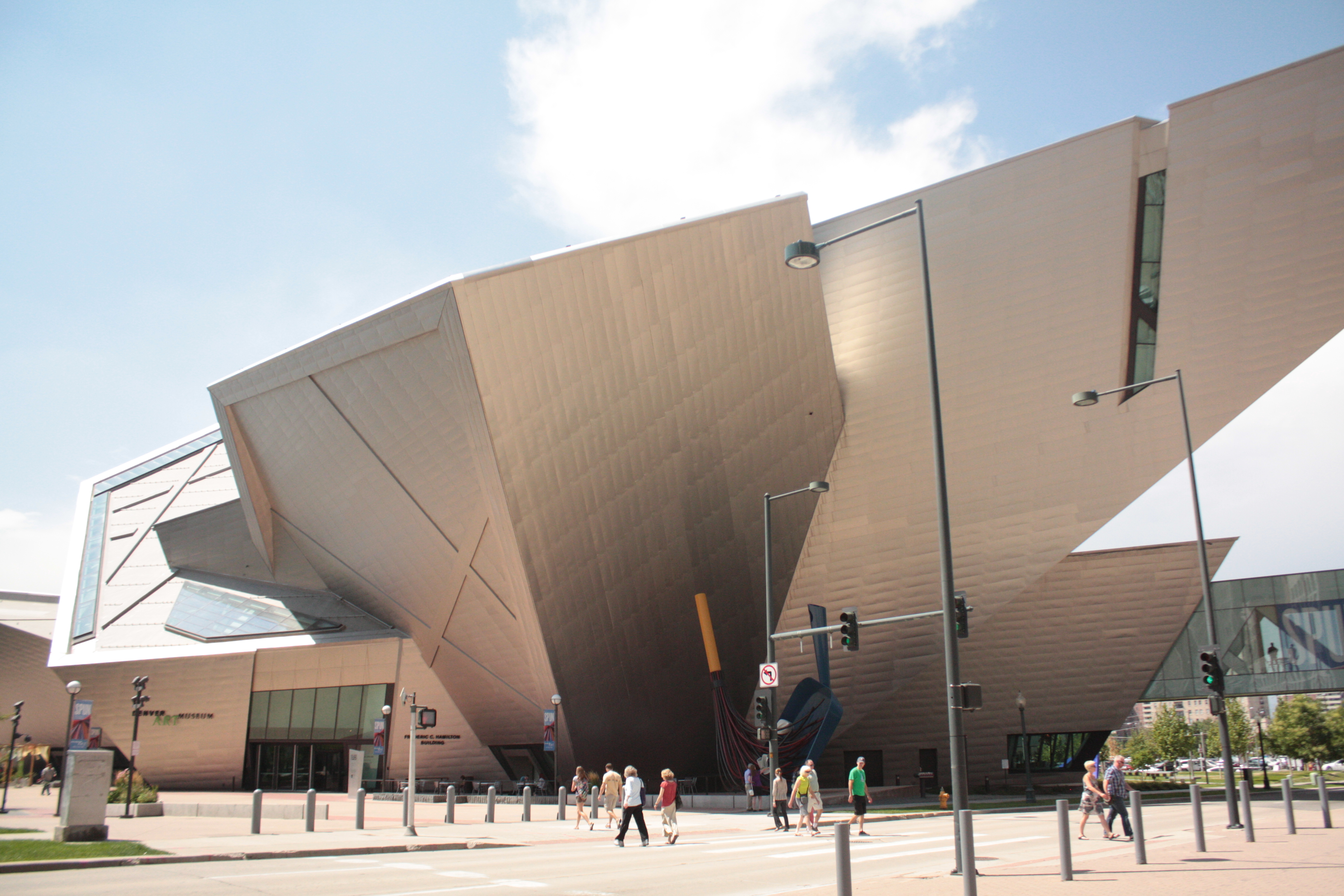 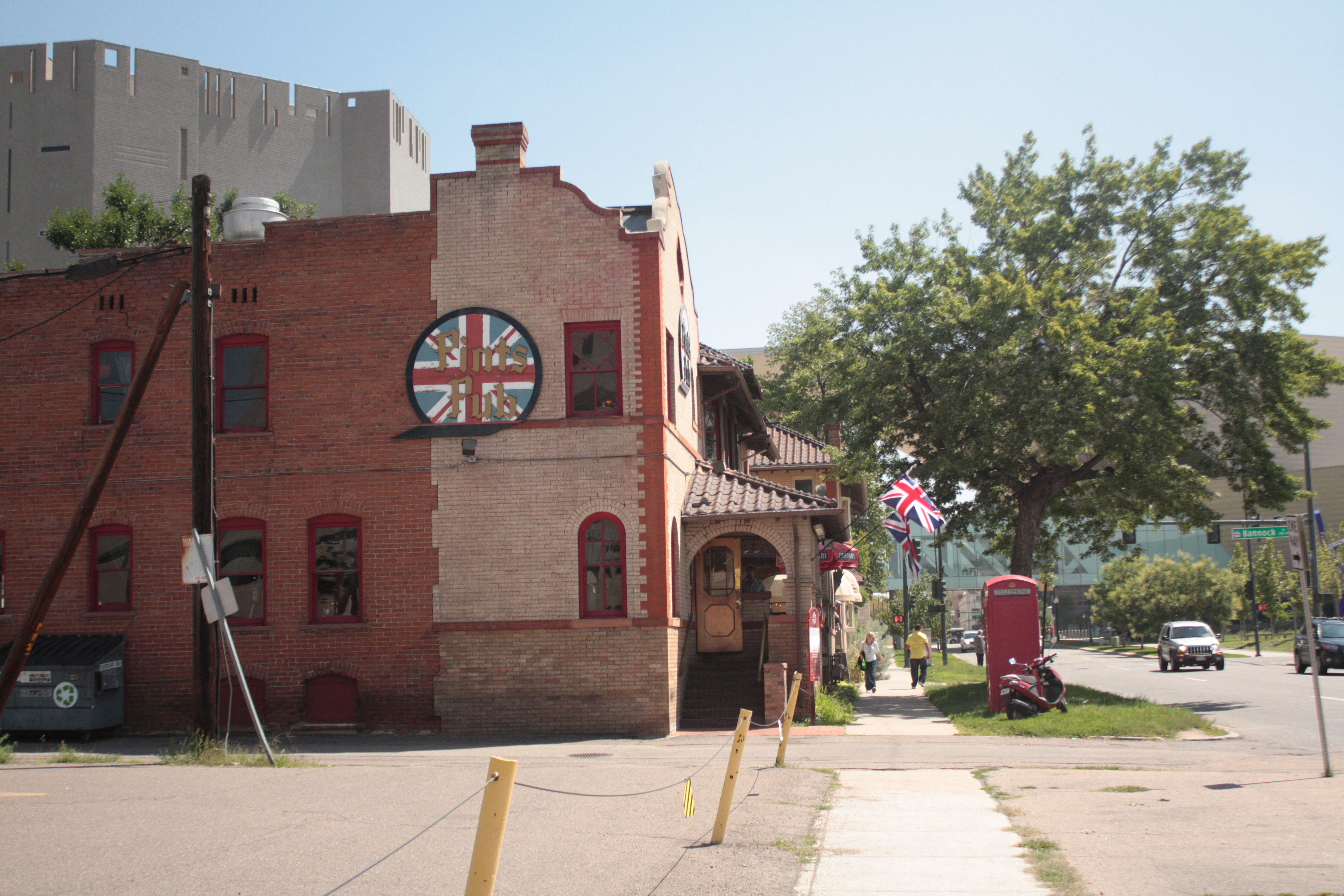