This morning was our first class. Quadzilla was coaching and it was really nice as the glass was really small, about 8 of us, So we got lots of time to talk stuff over. We covered baiting using blockers or jammers to bait, plus a good amount of jukeing. But my favourite one was the jammer who takes out a blocker to make a hole… Shhhh, that’s a secret one 😉

After training Quad kindly gave me a quick rundown on how to ride the quad bike… Much giggling and saying our goodbyes then me & Noush were off on a new adventure, a bumpy, but brilliantly driven trip to the showers! 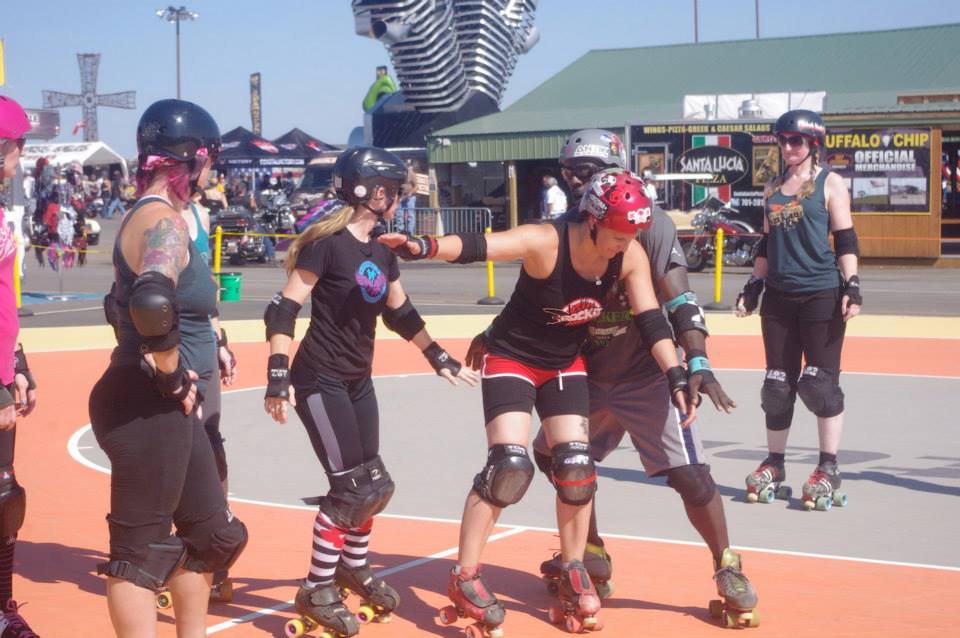 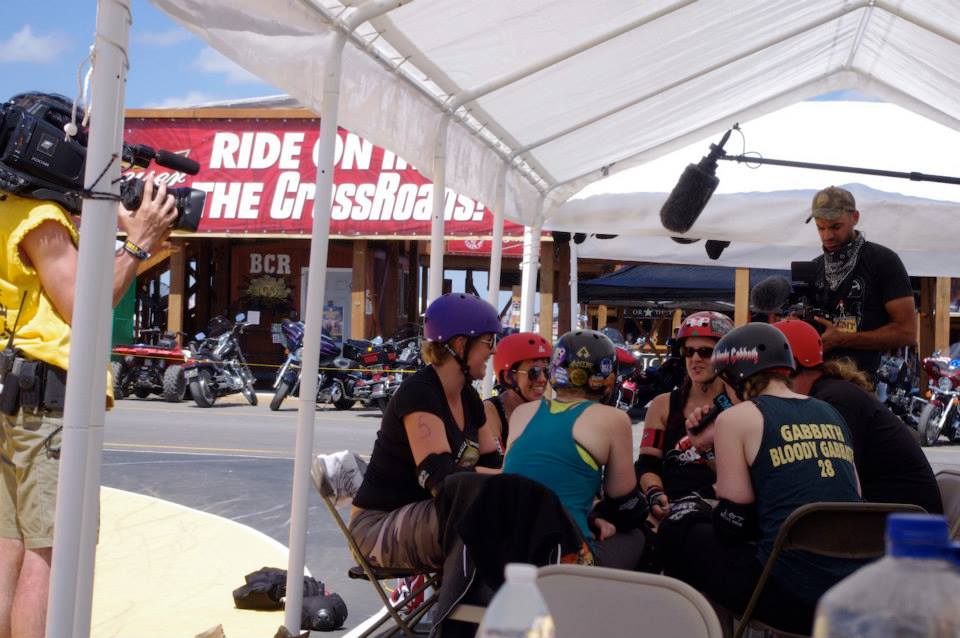 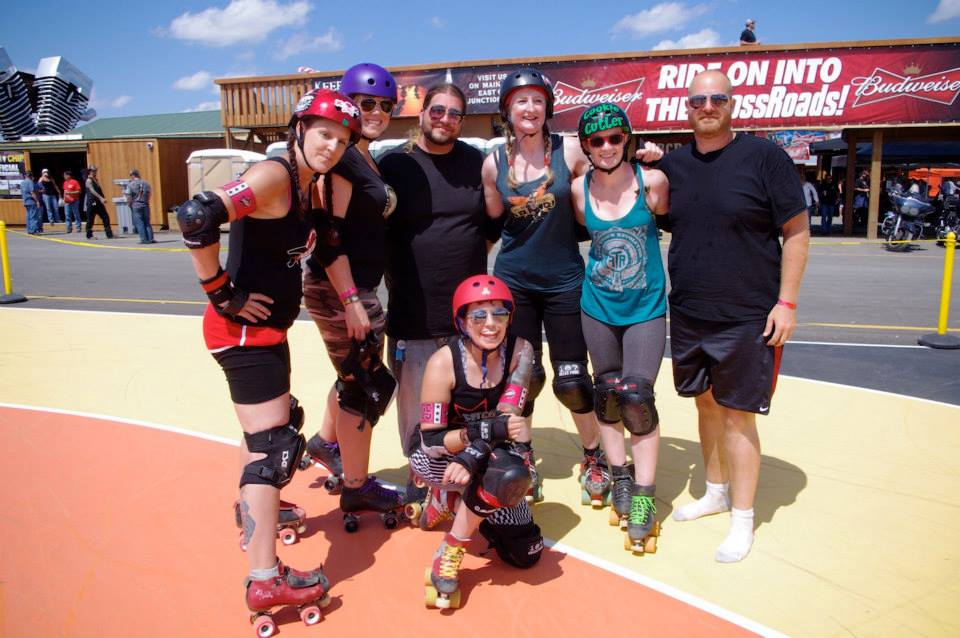 Country TV presenter with us

After a successful trip up to the main stage to have a shower, we were back in our kit, but this time for the TV! They filmed us with an American comedian presenter, doing a little skit. All for a Country TV station… Yeeeha!

We then headed into Sturgis town, basically a street lined with bikes and Harley merch. Everything and anything Harley Davidson and more could be found on every inch of this little town! Plus, I got to drive a Harley! Yes a real Harley! Well it was on a rolling road, but Gab said I did well and that’s a good thing in my book 🙂

We all bought matching Sturgis t-shirts and had some ice cream (majorly hot put here) and headed back for the bout. 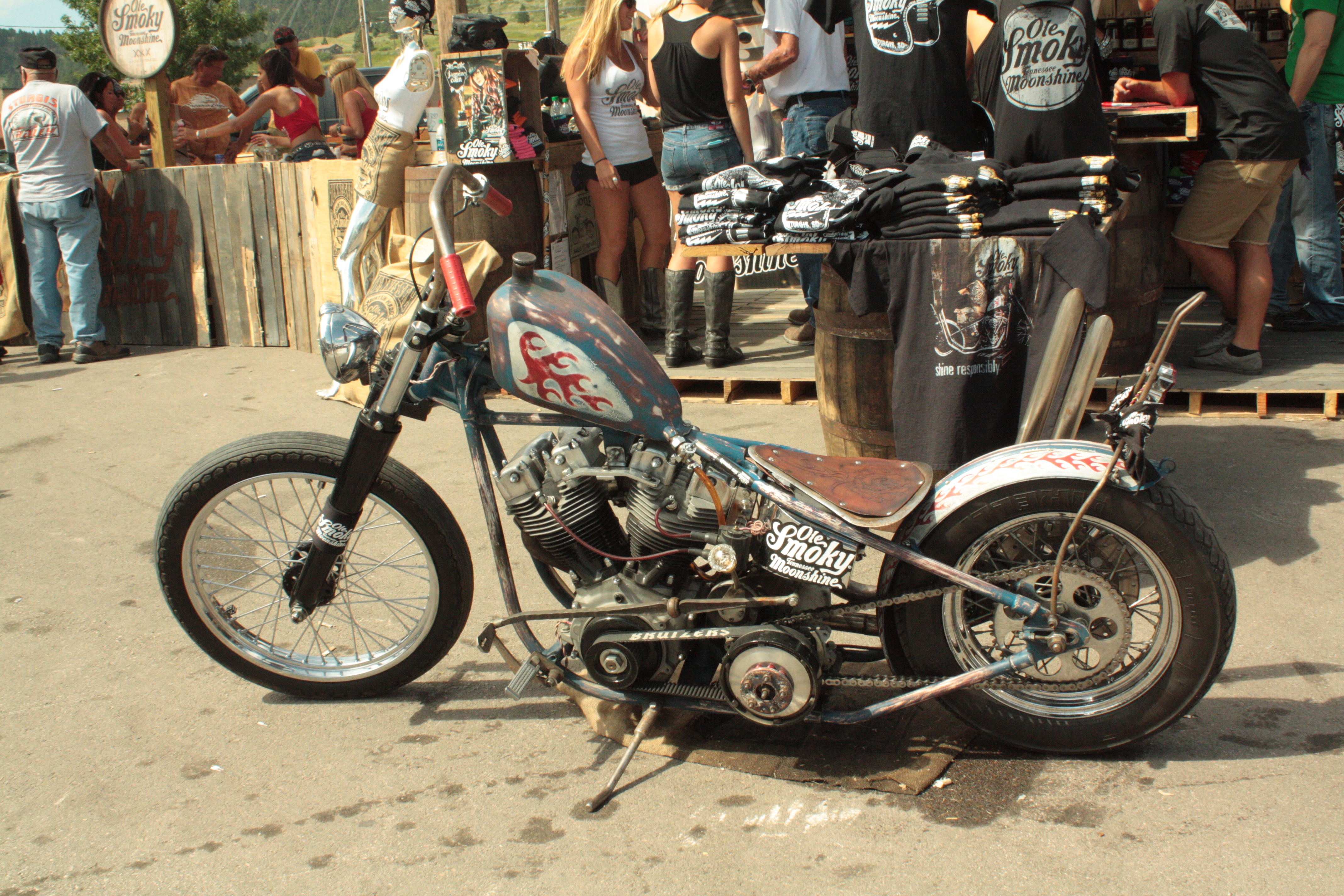 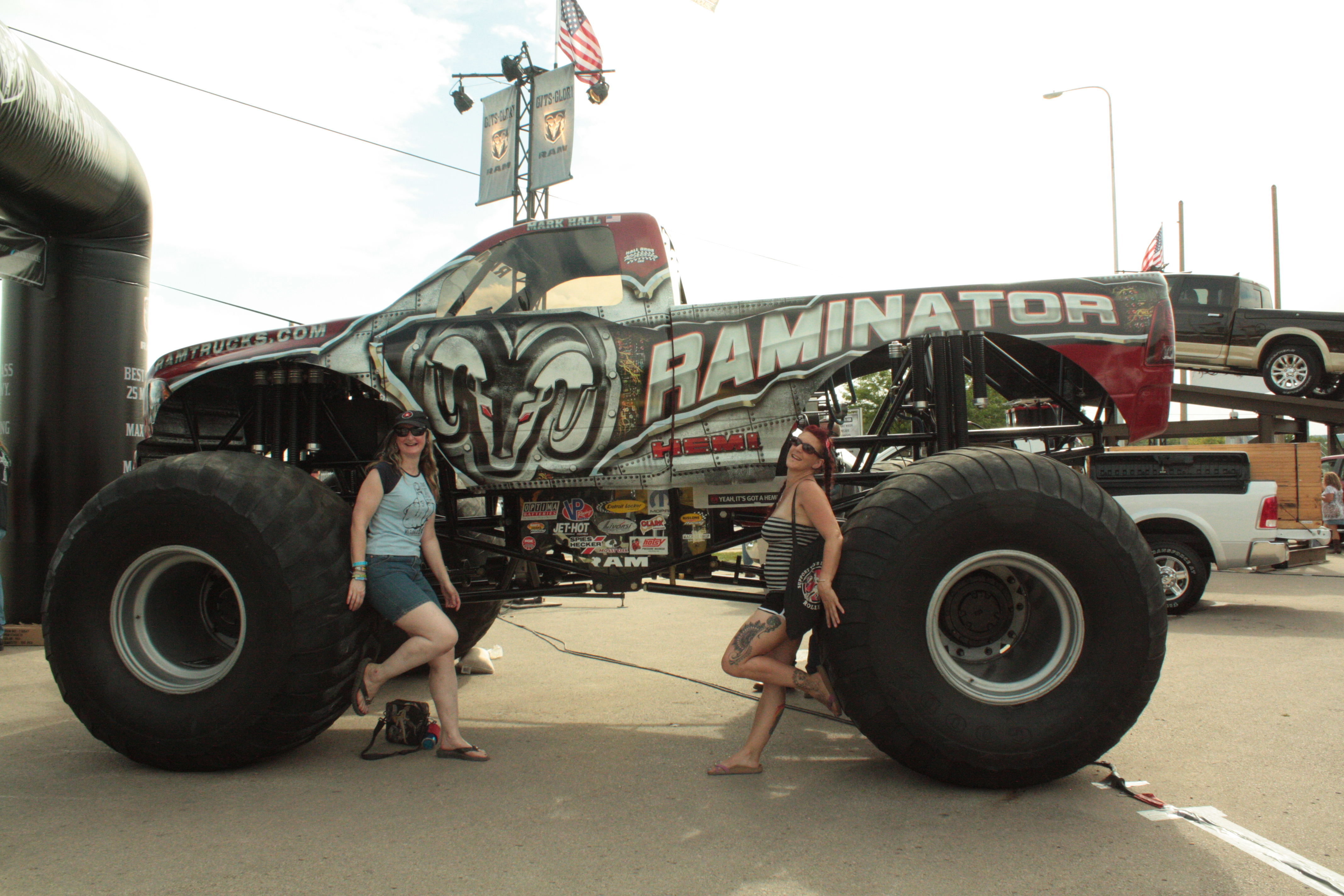 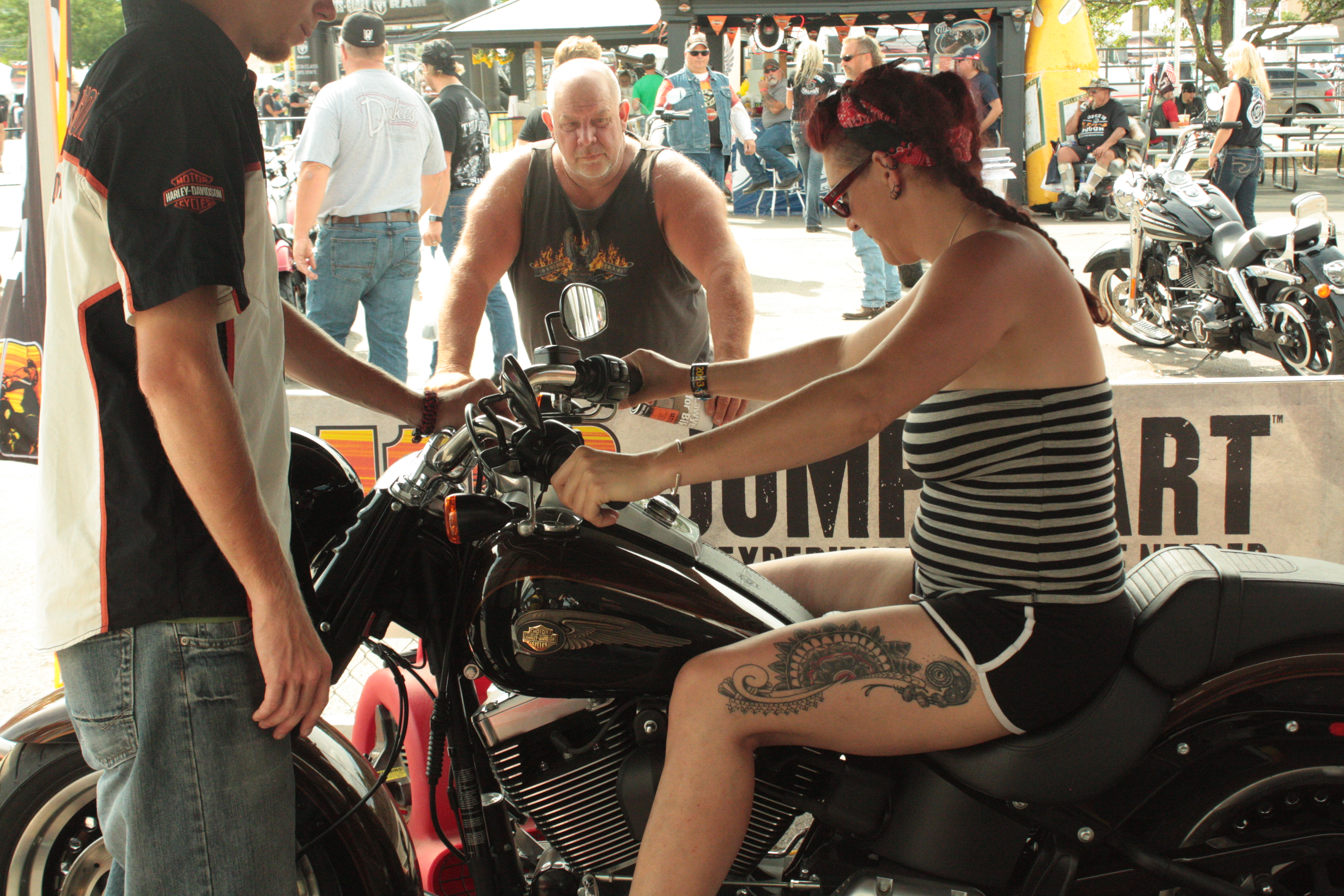 Learning to ride a Harley! 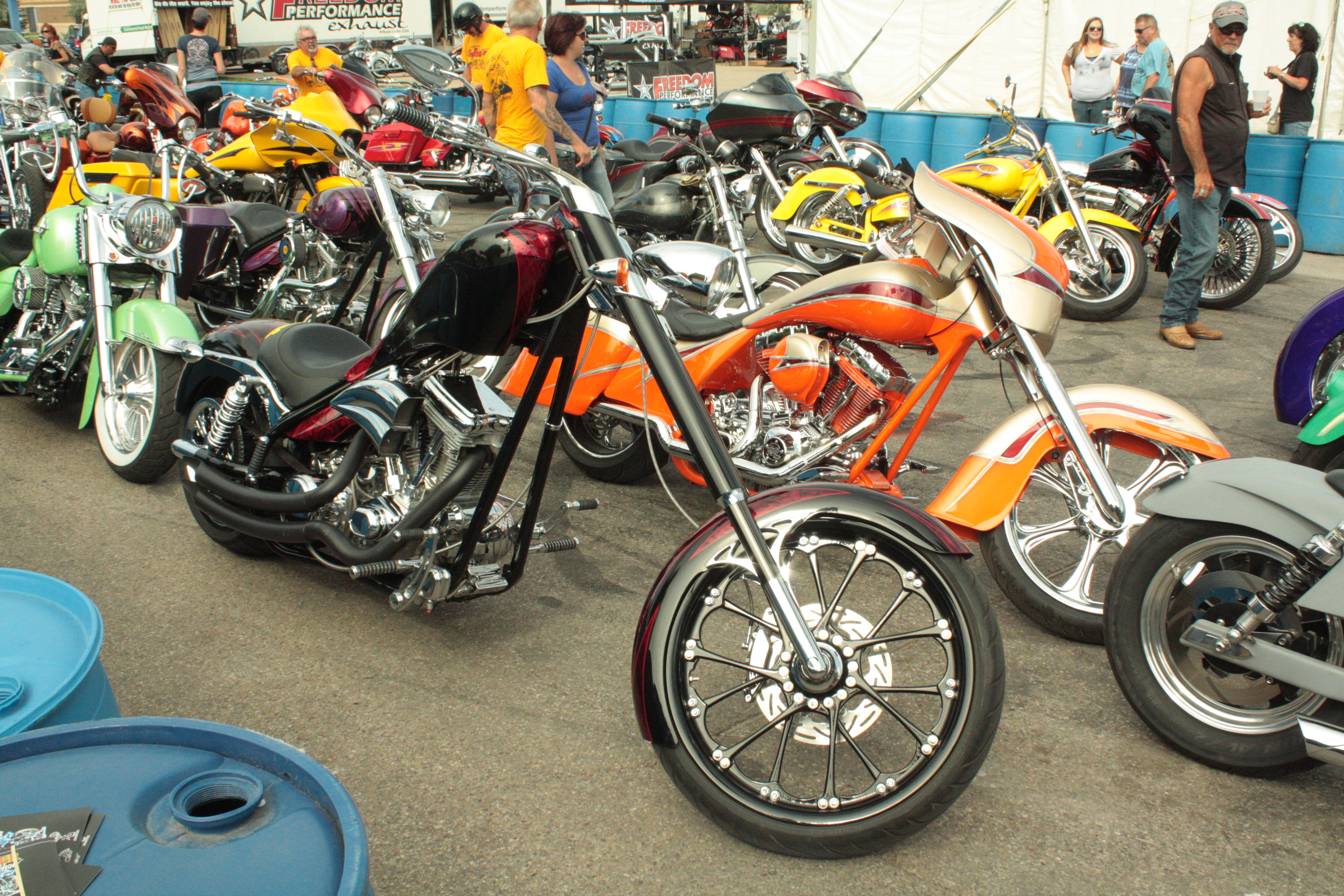 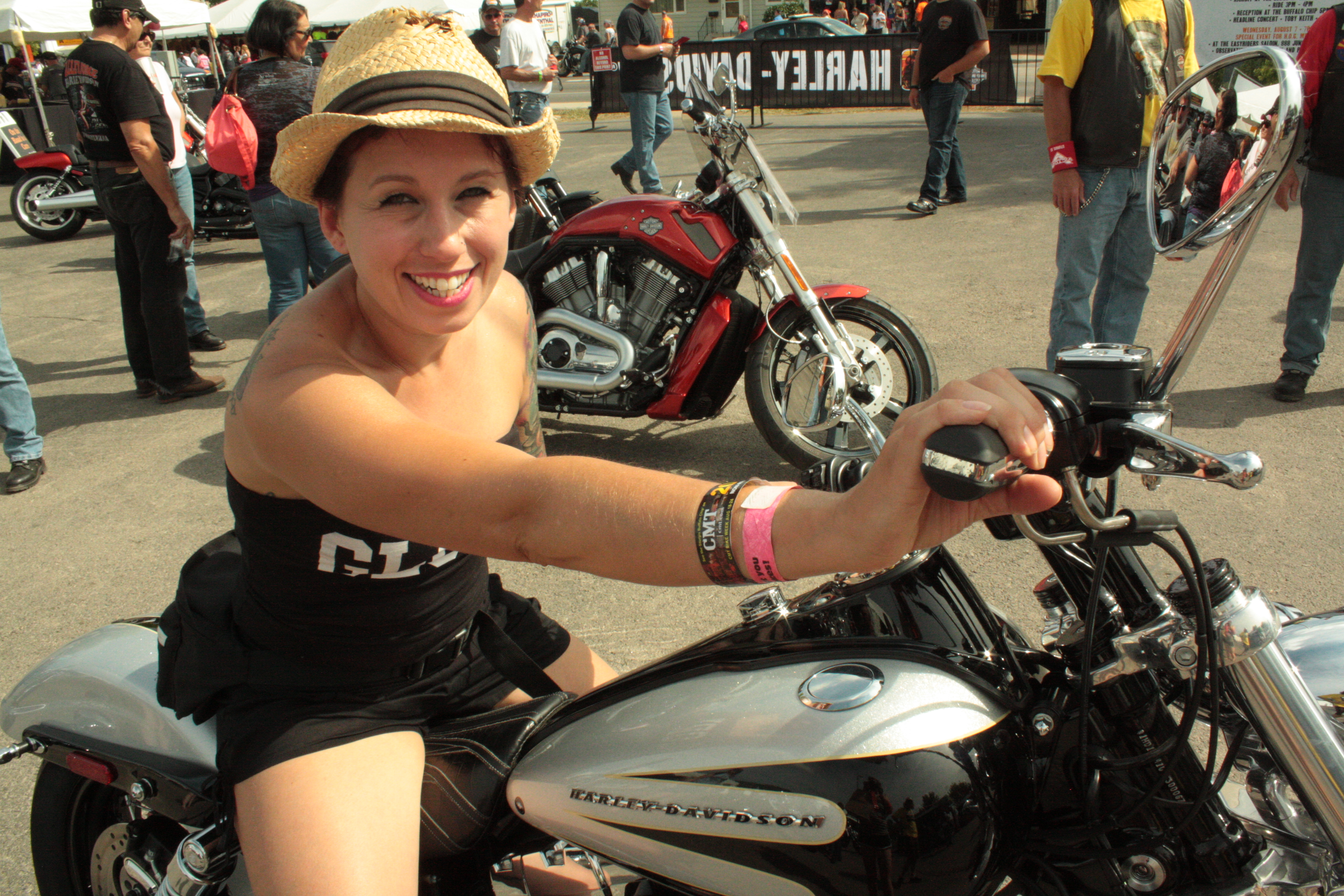 Tonight’s bout was cut to 40mins as everyone was totally shattered after yesterday’s record breaking bout, so we took advantage if the extra time by buying all the stuff from Dee Moraliser’s shop Derby Dolls because she had 25% off!!! I bought ALL the goodies 😀

Gab got a helmet and had it pinstriped by a professional Harley artist, it her special USA treat. So two happy shoppers, we went back to Derby City (campsite) for BBQ and then started out on the long long walk to the concert ground… But then out of the darkness I heard “SlamAbama!” And it was Short Chunks and his mate on their bikes, they gave us a lift to the concert on them, I went on Chunks Harley and Gab on his mates bike where she had to sit in his coat on the back coz no passenger seat! Was great to finally have a ride on one of the million Harley’s in this place, loved it!

We met up with Dee Moraliser (my new rum drinking friend) and her husband and some if the other girls to watch Lynyrd Skynrd… Mainly so that we could sing “Sweet Home SlamAbama” he he. the encore ended the show with one song, ‘Free Bird’ and that chilled end sent us back, four of us loaded onto a quad bike, to Derby City where we found Noush & King with Cookie Cutter, a skater from Brisbane, Australia. The apple pie moonshine came out and things got silly, various people came and went and I finally gave into the tiredness and passed out in my little tent palace. Zzzzzzz 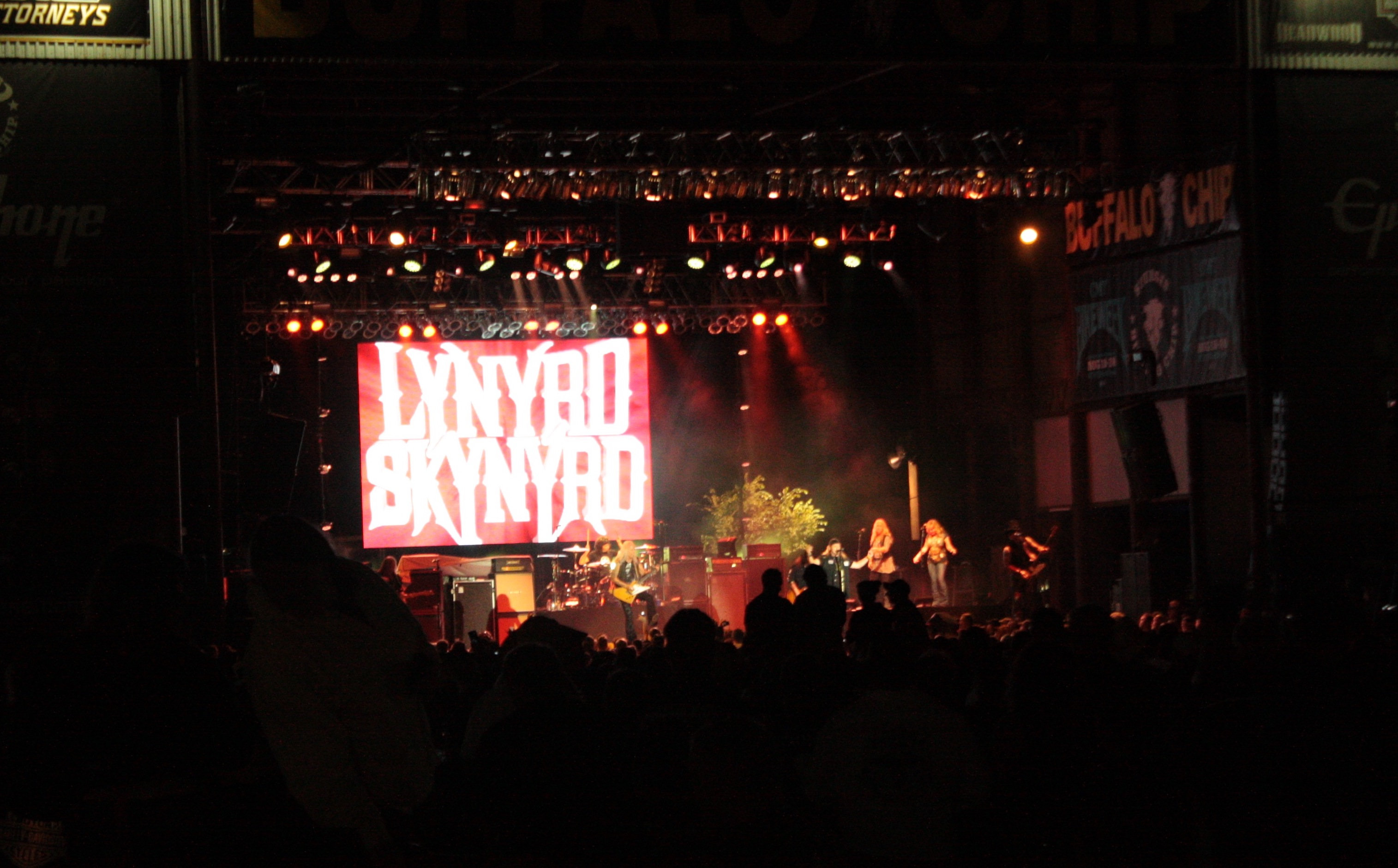 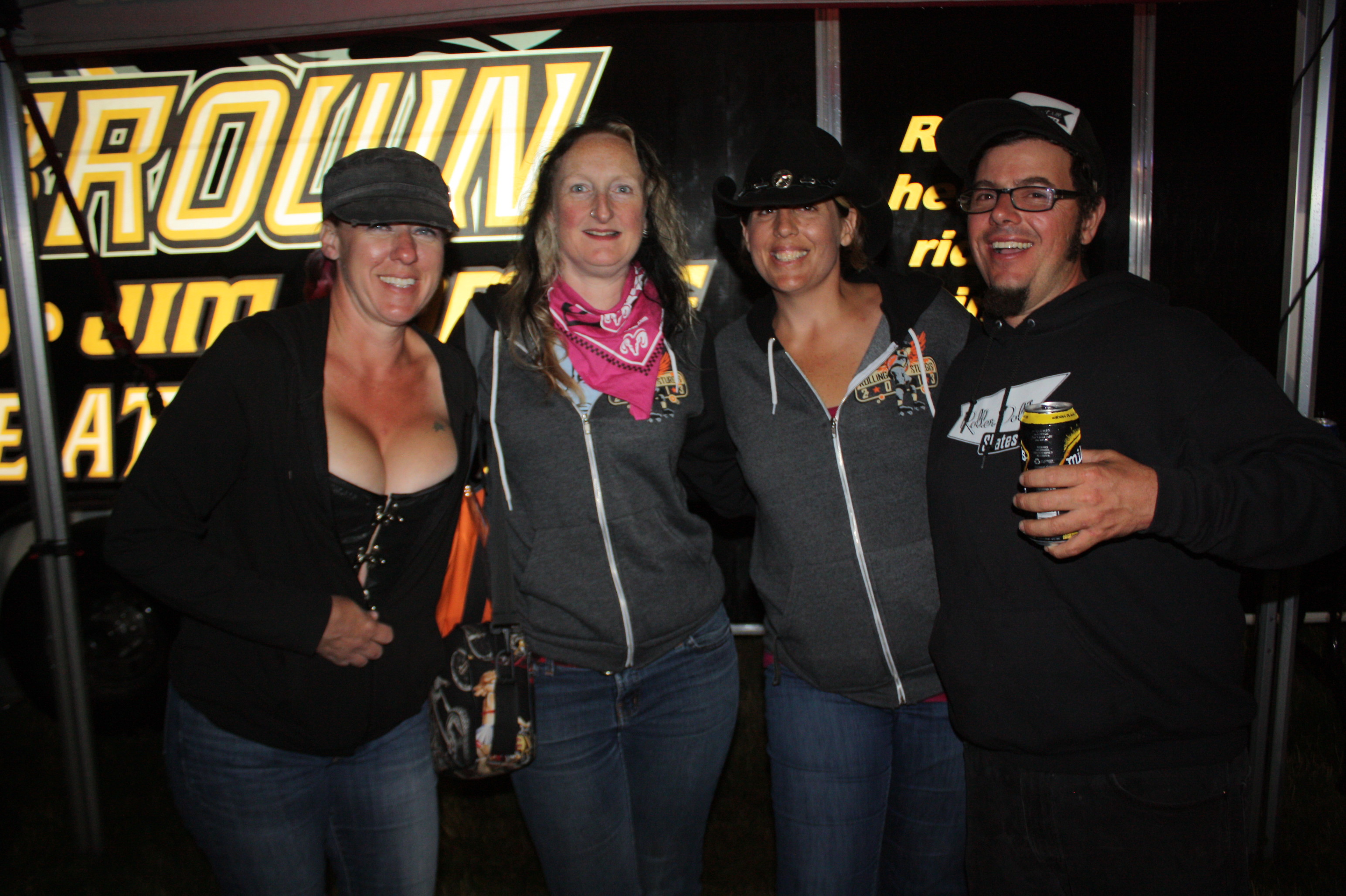 Hanging out at the Sturgis arena 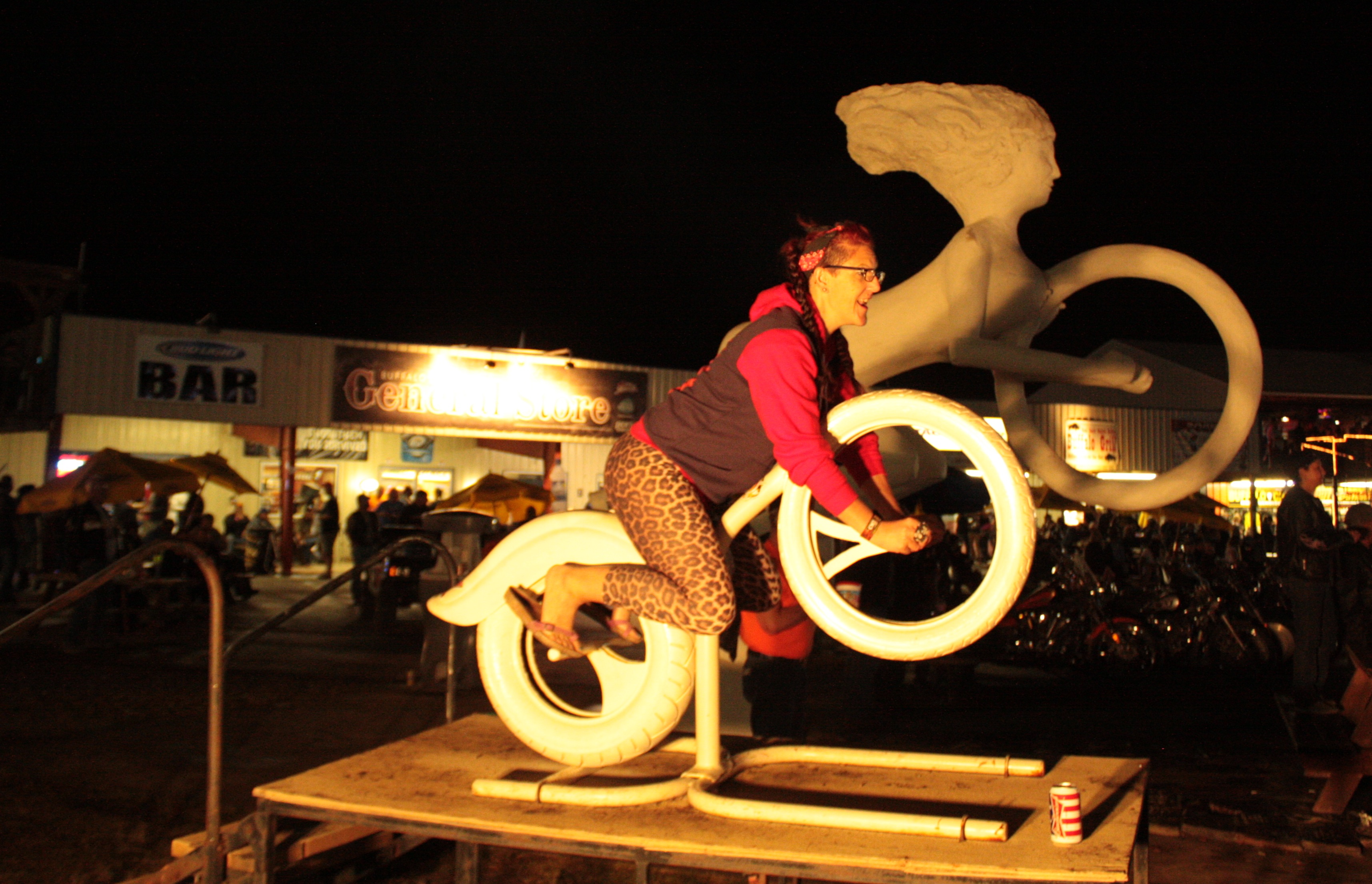 At the concert arena